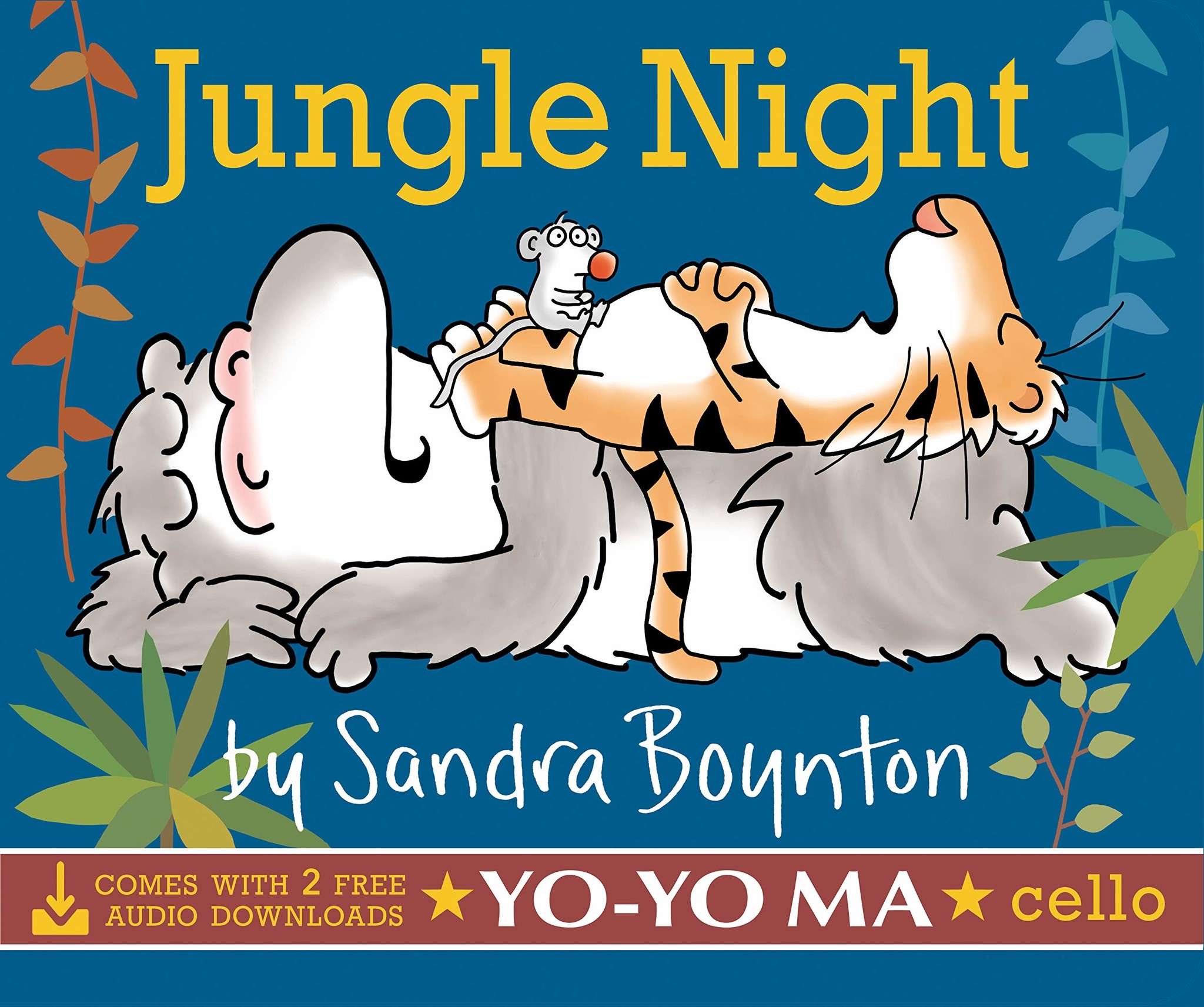 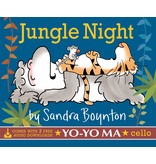 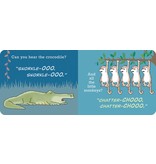 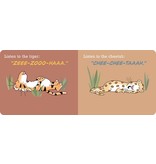 The book guides us through the jungle to hear the distinctive, gentle snore of each animal: "Listen to the tiger: ZEEE-ZOOO-HAAA. Listen to the cheetah: CHEE-CHEE-TAAAH." A free downloadable JUNGLE NIGHT recording offers a narration of the book, with each and every animal snore interpreted by the expressive, playful cello of Yo-Yo Ma. He even does the elephant's stop-the-show snore—though admittedly that took Ma's cello PLUS the classic horn salute of the James R. Barker steamship. (Seriously.) All of this fabulousness leads into the coolest lullaby ever: "Jungle Gymnopédie No. 1", a polyrhythmic jungly arrangement by Boynton of Erik Satie's renowned piece, with Yo-Yo Ma on cello, guitar played by Ron Block of Alison Krauss Union Station, and drums by Kevin MacLeod. "Yo-Yo and I chose this piece because it's the most gorgeous and mesmerizing night song imaginable," explains Boynton. "And there was surely nothing else that could get those animals back to sleep after that elephant blast." 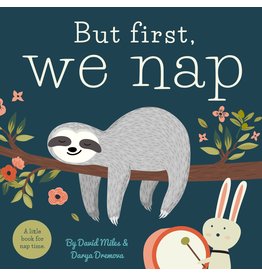 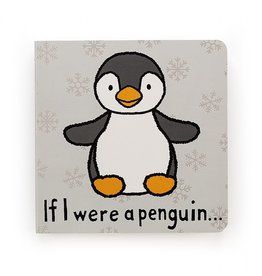 Bright, fun and very strong, with a cute fluffy tails, this gets young readers using their imaginations and can be used to start stories, plays and games.
If I Were a Penguin Board Book
$12.50